Q1. In which of these situations are interfaces better than abstract classes?

Q2. Which statement is true of delegates?

Q4. How would you determine if a class has a particular attribute?

Q5. What is the difference between the ref and out keywords?

Q6. How could you retrieve information about a class, as well as create an instance at runtime?

Q7. What is this code an example of?

Q8. What is the difference between an anonymous type and a regular data type?

Q9. When would you use a Dictionary rather that an Array type in your application?

Q12. How does the async keyword work?

Q15. What will be returned when this method is executed?

Q16. In what order would the employee names in this example be printed to the console?

IEnumerable<string> employeeQuery = from person in employees

Q17. Lambda expressions are often used in tandem with which of the following?

Q18. What is the correct formatting for single line and multiline comments?

Q19. How do you make a method in an abstract class overridable?

Q20. How would you write code for an integer property called Age with a getter and setter?

Q21. What is an abstract class?

Q22. When using a thread pool what happens to a given thread after it finishes its task?

Q23. Which choice represents a class that inherits behavior from a base class?

Q24. What does operator overloading allow you to do?

Q25. What it the main purpose of LINQ?

Q26. What is the correct syntax for a new generic list of strings named contacts?

Q27. What is the difference between throw exceptions and throw clauses?

Q28. When an asynchronous method is executed, the code runs but nothing happens other than a compiler warning. What is most likely causing the method to not return anything?

Q30. What kind of values can arrays store?

Q31. Given this enumeration, how would you access the integer-type value of 'AppState.Loading'?

Q32. What character would you use to start a regular expression pattern at a word boundary?

Q33. To conform to the following interface, which of its members need to be implemented?

Q34. You're dealing with multiple assemblies in your program, but are worried about memory allocation. At what point in the program life cycle are assemblies loaded into memory?

Q35. What is most accurate description of a regular expression?

Q37. When would you use generics in your code?

Q38. What prints to the console when this code is executed?

Q39. How would you declare a sealed class named User?

Q40. What is the correct syntax for a new generic list of strings named contacts? (similar to Q26)

Q41. What is the difference between non-static and static classes?

Q42. Which characteristic prevents this code from compiling?

Q43. How would you serialize this class?

Q44. How would you write a delegate named ResultCallback with an int parameter named responseCode

Q45. What is the difference between a static and non-static method?

Q46. What is the correct way to write an event named apiResult based on a delegate named ResultCallback?

Q47. When will the code inside finally block be executed in a try-catch statement?

Q50. What function do namespaces perform?

Q51. What is the correct way to write a public property with a private backing field?

Q53. What is the most accurate description of a regular expression?

Q54. When an object in C# is serialized, what is it converted to?

Q56. What are the four keywords associated with exception handling in C#?

Q57. What is the main difference between the is and as operators?

Q58. What is the difference between finally and finalize blocks? 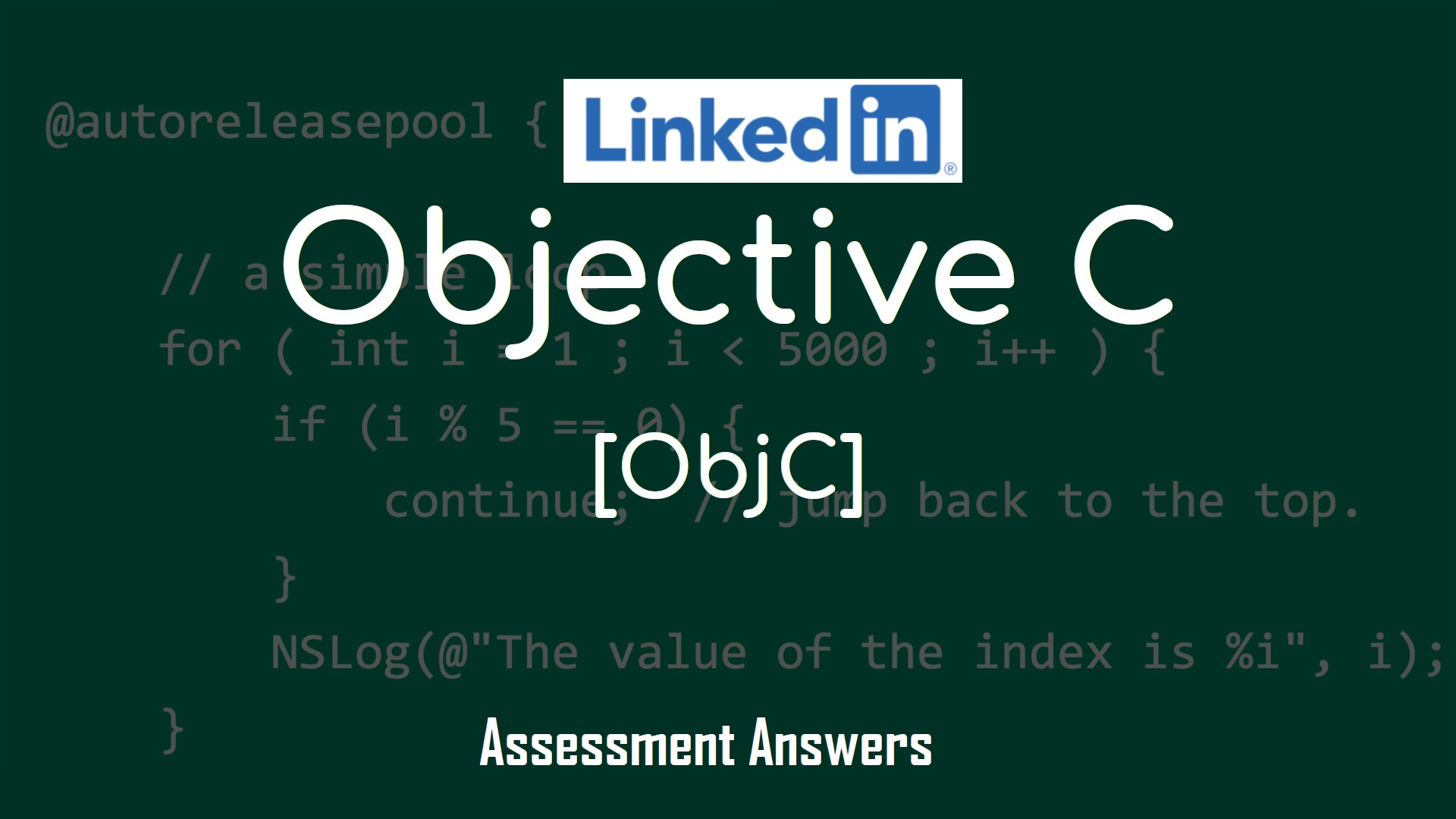