1. The transformation curve is derived from the

2. Price line is the same as the

4. As per the law of demand, a demand curve

(a) slopes upward from left to right

(b) slopes downward from left to right

(d) parallel to the Y-axis

5. If elasticity of demand is zero, the demand curve will be

(a) parallel to X-axis

(b) parallel to Y-axis

6. Utility may be defined as

(a) willingness to pay for a commodity

(b) the desire for a commodity

(c) availability of a commodity

7. Opportunity cost may be defined as

(a) the values of available alternatives

(b) difference between explicit cost and implicit cost

(c) the value of next best available alternative

(d) cost of an additional unit of a commodity

11. Cross elasticity of demand for a pair of substitute goods will be

12. A demand curve shows the relationship between

(a) the maximum price and minimum quantity

(b) the minimum price and minimum quantity

(c) the maximum quantity and the minimum price

(d) the both price and quantity and both are maximum, given consumer’s income

13. Elasticities shown by different points on a demand curve are same in case of

(a) a rectangular hyperbola

(b) a downward sloping straight line

14. In case of complementary goods, cross elasticity of demand will be

15. Elasticity of demand for a pair of substitute goods is

16. If price falls from ? 3 to 2 and quantity demanded increases from 15 to 20 units, then elasticity will be

(c) greater than one

(d) less than one

17. The degree of price elasticity of demand for goods influenced by

2. number of uses of a commodity.

3. if output of goods is changed.

4. proportion of income spent on it.

18. Income elasticity of demand will be zero when any given change in income brings

(a) less than proportionate change in demand

(b) no change in deme nd at all

1. If the price elasticity of demand for a good is less than one in absolute terms, we say that consumers of this good are not very sensitive to price.

2. A horizontal demand curve for a good could arise because consumers are not sensitive to price changes. Which of the statement(s) given above is/are correct?

20. For a pair of substitute goods, if there is a change in price of one commodity X, then other things remaining constant, the change in the quantity demanded of commodity Y in relation to the demand of commodity X will be

(b) no change in quantity demanded of Y

(c) in the same direction

22. When income elasticity of demand is greater than unity, then the commodity is

(a) a luxury commodity

(b) a non-related good

23. Other things remaining constant, a change in the price of a commodity causes the quantity purchased of its complements to move

(b) in the same direction

(C) in a negligible manner

24. For a consumer, equilibrium under indifference curve analysis takes place where

3. indifference curve is convex to the origin.

4. indifference curve is concave to the origin.

26. In case of giffen goods, a fall in price will lead to

(a) increase in demand

(b) decrease in demand

(c) no change in demand

27. A shift in demand curve is due to change in

1. price of the commodity itself.

3. income of the consumer.

4. taste and preferences of the consumer.

28. An exception to the law of demand is

4. demand based on fears of a future rise in prices.

29. A production possibility curve can be

1. concave to the origin

2. convex to the origin

(b) total utility diminishes with the consumption of each additional unit

(c) utility always falls irrespective of consumption of a good

(a) when price is related with demand

(b) when price is not associated with demand

(d) when are demanded jointly goods

(a) extention of demand

(b) contraction of demand

34. A consumer will be maximising his utility if he allocates his money income in such a way that

(c) elasticity of demand is the same for all purchased products

(d) total utility gained from each product consumed is the same

35. Which of the following is also known as the Gossen first law?

(a) Law of equil-marginal utility

(b) Law of diminishing marginal utility

(c) The law of indifference

36. When with a change in price, the total outlay on commodity remains constant, it is a case of

37. The area which lies below a demand curve represents

38. As the price of a good increases, the change in the quantity demanded can be shown by

(a) moving down along the same dermand curve

(b) moving up along the same demand curve

39. The law of demand states that

(a) demand increases with increase in income

(d) when income and prices rise, the demand also rises

40. Other things being equal, what causes a decrease in demand?

(e) Fall in the price of the commodity

(b) Rise in the price of the commadity

(c) Rise in the price of the substitute good

41. The vertical demand curve for a commodity shows that its demand is

1. Welfare definition was given by Professor Alfred Marshall, who explained economics as a science of welfare.

2. Alfred Marshall introduced the concept of elasticity of demand into economic theory.

3. Demand analysis is one area of economics that has been used most extensively in business.

43. ‘Ceteris paribus’ clause in the law of demand means

(a) the income of the consumer does not change

(b) the price of the complementary goods does not change

(c) the price of its substitutes does not change

44. The law of demand refers to

45. Ceteris paribus, a change in the price of a commodity causes the quantity purchased of its complements to move

(c) in an insignificant manner

(b) in the same direction

46. When there is decrease in demand, the demand curve

(a) moves upwards away from the axis

(b) moves upwards towards the axis

(c) moves downwards away from the axis

(d) moves downwards towards the axis

1. If demand curve for a good is horizontal and the price is positive, then a leftward shift of the supply curve results in a price of zero.

2. A vertical demand curve results in no change in quantity when the supply curve shifts.

50. A typical demand curve cannot be

(a) rising upwards to the right

(b) convex to the origiri

Theory of demand and supply mcq

51. The exceptions to law of demand are

52. In the case of an inferior commodity, the income elasticity of demand is

53. If demand curve is vertical, thene, is equal to

54. A fall in the price of a commodity leads to

(a) a fall in demand

(b) a shift in demand

(c) a rise in demand

55. If demand curve is horizontal, thene, is equal to

56. Two goods that have to be consumed simultaneously are

57. Cross elasticity of complementary goods is

58. Which one of the following statement is incorrect?

(a) Income effect is positive iri case of normal goods

(b) Income effect is zero in case of superior goods

(d) Income effect is negative in case of interior goods

59. Marshallian theory of consumer’s behaviour is based on

(a) hypothesis of additive utilities

(b) hypothesis of independent utilities

60. If cross elasticity of one commodity for another turns out to be zero, it means they are

(d) None af the above

61. A high positive value of cross elasticity indicates that the two commodities are

62. Utility is always related to

63. An indifference curve indicates, other things remaining the same

(c) a consumer’s preference for any two goods

64. Which of the following concepts are most closely associated with Alfred Marshall?

(b) Price mechanism under monopoly

65. Marginal utility is equal to average utility when

(b) AU is maximum

(a) MU is maximum

67. The cardinal utility approach was developed by

(a) total utility diminishes with the consumption of every additional unit

(b) utility always diminishes whether something is consumed or not

(c) utility first increases and after that diminishes at every point

69. The economically relevant range of the total utility curve is the portion over which

(a) the total utility is rising at a declining rate

(b) the total utility is rising at an increasing rate

(c) the total utility is maximum and constant

(d) the total utility is declining

(a) Extension of demand

(b) Contraction of demand

(a) do not intersect with each other

(b) are concave to origin

(c) are horizontal to X and Y-axés

74. Indifference curve is convex to its origin, since

75. When marginal utility is diminishing but remains positive

(a) total utility is maximum

(b) total utility is decreasing

(c) total utity tends to increase at a diminishing rate

(d) total utility tends to increase at an increasing rafe

(a) an ordinal measure of utility only

(b) a cardinal measure of utility only

(c) an ordinal and a cardinal measurement of utility

77. At equilibrium, the slope of an indifference curve is

(a) equal to the slope of budget line

(b) greater than the slope of budget line

(c) less than the slope of budget line

(d) Any one of the above

78. After reaching the saturation point, consumption of additional units of the commodity cause

(b) total utility and marginal utility both to increase

79. The slope of an indifference curve shows

(a) the price ratio

(b) the diminishing MRS

(c) an ordinal and a cardinal measurement of utility

81. Which of the following is the second fundamental law of Gossen?

(a) Law of diminishing marginal utility

(b) Law of equi-marginal utility

82. Substitution effect for giffen goods will be

83. Which of the following are the properties of indifference curves?

1. Convex to the origin.

2. Downward sloping from right to left.

Select the correct answer using the codes given below.

84. Goods X and Y are perfect substitutes. A consumer’s indifference curve for these commodities is represented by a

(b) upward sloping curve which is convex to origin

(d) downward sloping curve which is convex to origin

86. The indifference curve which is ‘L’ shape represents

87. A consumer’s demand curve can be obtained from

88. The falling part of a TU curve shows

89. A consumer reaches equilibrium at the point where

(a) by Marshal in dermand theory

(b) by Walras to measure cardinal utility 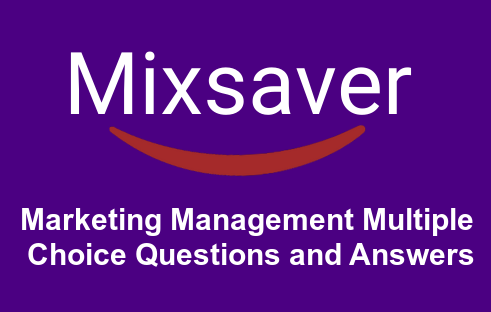