1. If a firm’s revenues just cover all its opportunity costs, then

(a) normal profit is zero

(b) economic profit is zero

2. Total production will be maximum when

(a) marginal production is maximum

(b) average production is maximum

3. An isoquant represents all those input combinations which are capable of producing

(a) same level of output

(b) different levels of output at different points

4. If a more efficient technology was discovered by a firm, there would be

(a) an upward shift in the AVC curve

(b) an upward shift in the AFC curve

(c) a downward shift in the AFC curve

(d) a downward shift in the MC curve

(a) identical to its long-run marginal cost line

(b) also its long-run supply curve

(b) declines over the entire output range

(c) is a long-run concept only

(d) is influenced in diminishing returns to production

7. Why the TC and TVC curves increase in a parallel way?

(a) Because of TC

(b) Because to TVC

(c) Because of TFC

8. Which cost curve is known as rectangular hyperbola?

(d) not possible to determine with the information given

(a) equal to total fixed costs

(b) comprised entirely of variable costs

11. Which would be an implicit cost for a firm? The cost

(a) of worker’s wages and salaries for the firm

(b) paid for leasing a building for the firm

(c) paid for production supplies for the firm

(d) of wages foregone by the owner of the firm

12. In Cobb-Douglas production function, elasticity of factor substitution is equal to

13. Which of the following is not the reason for increasing returns to scale?

(a) Indivisibility of the factors

(b) Fuller utilisation of fixed factors

14. An isoquant for perfect substitutes would be

15. In the short-run, diminishing marginal returns are implied by

16. If all inputs are increased in the same proportion, then it is the case of

4. laws of returns to scale

17. How AR and MR are correlated with each other under perfect competitive market?

18. The reason the marginal cost curve eventually increases as output increases for the typical firm is

(a) diseconomies of scale

(c) the law of diminishing returns

(a) contains all efficient combinations of productions

(b) indicates firm’s boundary of the production possibility set

2. Physical product refers to production as measured in terms of physical units of the commodity.

3. TP increases even when MP is decreasing

21. What is the reason for diminishing returns to a factor?

(a) Fixity of fixed tactor

22. Find out the maximum possible output with the help of Cobb-Louglas production function when 25 units of labour and 10 units of capital are employed

23. Which of the following is not a reason of diminishing returns to a factor?

(a) Scarcity of foxed factor

(b) Scarcity of variable factor

(c) Indivisibility of the fixed factor

24. Identify the implicit cost from the following.

(b) Salary of manager

(c) Reward for the owner

25. Which of the following statements about the relationship between marginal cost and average cost is correct?

(c) When MC exceeds AC. AOC must be rising

(d) When AC exceeds MC, MC must be rising

26. In general, most of the production functions measure

(a) the productivity of factors of production

(b) the relation between the factors of production

(c) the economies of the scale.

(d) the relation between changes in physical inputs and physical outputs

(d) annual output of the most efficient firm in a industry

28. Production is a function of

29. When average product is falling, it is

30. On a production possibility curve, the amount of Y foregone to produce another unit of X has been given a special name, what is it?

31. Marginal product is zero when

(a) TP is maximum

(c) TP is at its optimum point

(d) TP is at the point of inflexion

32. Why marginal product is otherwise known as ‘increment theory’?

(b) Because it goes in a decreasing order

33. Law of variable proportion comes under

(a) marginal cost is át its minimum

(b) average total cost is at its minimum

(c) average variable cost is at Its minimum

35. When the average product increases, the marginal product is

36. Laws of increasing and constant returns are temporary phases of

(a) law of variable proportions

(b) law of returns to scale

37. In Cobb-Douglas production function Q- AL” K, the share of labour in total production is

39. If the short-run average variable costs of production for firm are rising, then this indicates that

(a) average total costs are at a maximum

(b) average fixed costs are constant

40. It is said in the assumption that, “technique of production does not change in the law of variable proportion.” What do you mean by this assumption?

(a) There is an improvement of technology

(b) There is only traditional method of production

(c) There is decline in the efficiency of technology

(d) Technology temains constant and not change at all

41. When there is constant returns to scale, then the production function is described as

42. If we have constant returns to scale and we increase the quantity of inputs by 10%, then output will

43. How the e, is derived in relation to AR and MR concepts?

46. Stage two of production function…..begins where the AP begins to decline.

(a) upwards from left to right

(b) upwards from right to lett

(c) downwards from left to right

(d) backwards from let to right

49. By marginal revenue, we mean

50. The slope of the total variable cost curve equals

Multiple Choice Questions on Theory of Production and Cost pdf

51. The law of diminishing returns depends on the assumption that

(a) land is a factor kept constant

(b) the state of technical knowledge is unchanged

52. If average fixed cost is 7 40 and average variable cost is 7 80 for a given output, then average total cost is

(d) not possible to determine with the information given

53. Within the relevant range, isoquants

(a) are negatively sloped

(b) are convex to origin

56. Which of the following is not true about isoquants?

(a) An isoquant slopes downward to the origin

(b) Isoquants are concave to the origin

(c) Isoquants are convex to the origin

(d) Isoquants cannot intersect each other

58. Which revenue curve is always positive?

(a) AR is positive

62. AR and MR curves are more flatter in

63. All of the following curves are U-shaped except

(a) the AVC curve

(b) the AFC curve

64. When marginal product reaches its maximum, what can be said of total product?

(a) Total product must be at its maximum

65. When the total product curve is falling the

(a) marginal product of labour is zero

(b) marginal product of labour is negative

(d) average product of labour must be negative

67. Suppose a manufacturing firm learns that its annual property tax payments will decrease, we would depict this by

(b) shifting the marginal cost, the average variable cost and the average foxed cost curves down

(c) shifting the marginal cost, the average total cost and the average fixed cost curves down

68. Which one of the following statements is incorrect?

(a) Economic profit = Total revenue – Total cost, including both explicit and implicit costs

69. Suppose a firm sells its product at a price lower than the opportunity cost of the inputs used to produce it. Which is true?

(a) The firm will earn accounting and economic profits

(b) The firm will face accounting and economic losses

71. The opportunity cost of a factor of production is

(a) what it is earning in its present use

(b) what it can earn in the long period

(c) what it can earn in somie other uses

72. Which of the following could shift a firm’s average variable cost curve upward?

(a) A decrease in the productivity of labour

(b) An increase in the productivity of labour

(c) An increase in fixed cost

73. Arrange the following in chronological order.

(d) should use more of both inputs in equal proportions

1. long period equilibrium for a firm under monopoly.

2. short period equilibrium for a firm under oligopoly.

4. long period equilibrium for a firm under perfect competition.

5. short period equilibrium for a firm under perfect competition.

(b) multiplied by fixed costs

(c) costs that change with the level of production

2. When the total product curve is falling, the marginal product of labour is negative.

78. For downward movement along the isoquant, MRTS of labour per unit of capital (MRTS, K) is given by

(a) break even point

(b) shut down point

81. When the units of factor increases, marginal revenue productivity of a factor

(a) will fall or diminish

(c) will have no change

(b) will rise or increase

82. Marginal revenue will be zero if the elasticity of demand is

(a) less than one

(b) greater than one

83. A firm has a production function Q= K+2L, where Q is output, Kis the capital input and L is the labour input per time period. The wage rate and the rental rate on capital is R1 per unit. The cost minimising output

(a) is achieved by producing at any point along the isoquant

(b) is achieved by using labour input only

(C) is achieved by using the capital input only

(d) is impossible to achieve

(c) various combinations of two commodities which give equal satisfaction

85. State, whether it is correct to say that when MR is constant and not equal to zero, then TR will also be constant. 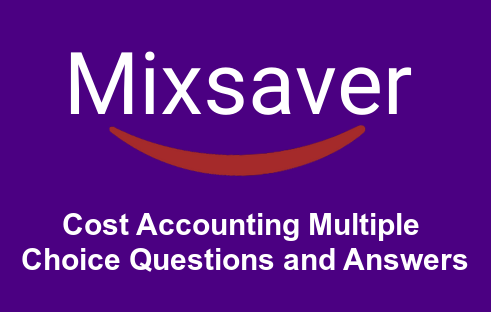