Stored procedures are subprogrammes stored in the database and can be called &executee multiple times wherein an application procedure is the one being used for a particular application same is the way for function.

ROWID - Hexadecimal number each and every row having unique.Used in searching.

Other Pseudo Column is

3. what is the starting oracle error number?

what is meant by forward declaration in functions?

One must declare an identifier before referencing it. Once it is declared it can be referred even before defining it in the PL/SQL. This rule applies to function and procedures also.

4. In a Distributed Database System Can we execute two queries simultaneously? Justify?

s Distributed database system based on 2 phase commit,one query is independent of 2 nd query so of course we can run.

5. How we can create a table in PL/SQL block. insert records into it? is it possible by some procedure or function? please give example?

6. How to avoid using cursors? What to use instead of cursor and in what cases to do so?

Just use subquery in for clause

7. State the difference between implict and explict cursors?

8. How to know the last executed procedure?

9. How can a function retun more than one value in oracle with proper example?

yes we can use objects, arrays to return more than one value

10. If the application is running very slow? At what points you need to go about the database in order to improve the performance?

For improving performance, we need to check the sql statement blocks , because for every sql satement execution transfor to sql engine and come back to plsq engine that process takes more time to process the plsql block.

11. What is the basic structure of PL/SQL?

PL/SQL uses block structure as its basic structure. Anonymous blocks or nested blocks can be used in PL/SQL.

12. What are the components of a PL/SQL block?

A set of related declarations and procedural statements is called block.

13. What are the datatypes a available in PL/SQL?

Some scalar data types such as

Some composite data types such as RECORD & TABLE.

14. What are % TYPE and % ROWTYPE? What are the advantages of using these over datatypes?

% TYPE provides the data type of a variable or a database column to that variable.

% ROWTYPE provides the record type that represents a entire row of a table or view or columns selected in the cursor.

The advantages are : I. Need not know about variable's data type

ii. If the database definition of a column in a table changes, the data type of a variable changes accordingly.

15. What is difference between % ROWTYPE and TYPE RECORD?

% ROWTYPE is to be used whenever query returns a entire row of a table or view.

TYPE rec RECORD is to be used whenever query returns columns of different table or views and variables.

One more point : When we have a variable of typer RECORD we have declare additional variables but with %rowtype, we can only have the fields that are present in the table

16. What will the Output for this Coding>

By declaring this cursor we can update the table emp through z,means wo not need to write table name for updation,it may be only by "z".

By issuing the TCL like commit or rollback, the cursor will be closed automatically, you cannat fetch again. You will get an error if yuo

17. What are the Restrictions on Cursor Variables?

18. Can we declare a column having number data type and its scale is larger than pricesion

Yes,we can declare a column with above condition.table created successfully.

19. What will happen after commit statement?

The cursor having query as SELECT .... FOR UPDATE gets closed after COMMIT/ROLLBACK.

The cursor having query as SELECT.... does not get closed even after COMMIT/ROLLBACK.

20. Explain the usage of WHERE CURRENT OF clause in cursors?

WHERE CURRENT OF clause in an UPDATE,DELETE statement refers to the latest row fetched from a cursor. Database Triggers

22. How many types of database triggers can be specified on a table? What are they?

If FOR EACH ROW clause is specified, then the trigger for each Row affected by the statement.

If WHEN clause is specified, the trigger fires according to the returned Boolean value.

23. Is it possible to use Transaction control Statements such a ROLLBACK or COMMIT in Database Trigger? Why?

It is not possible. As triggers are defined for each table, if you use COMMIT of ROLLBACK in a trigger, it affects logical transaction processing.

yes WE can use COMMIT and ROLLBACK triggers, but by using PRAGAMA AUTONAMOUS_TRANSATIONS. Now the transation treated as a autonomous tansation.

24. What are two virtual tables available during database trigger execution?

For triggers related to INSERT only NEW.column_name values only available.

For triggers related to UPDATE only OLD.column_name NEW.column_name values only available.

For triggers related to DELETE only OLD.column_name values only available.

25. What happens if a procedure that updates a column of table X is called in a database trigger of the same table?

26. Write the order of precedence for validation of a column in a table?

27. What is an Exception? What are types of Exception?

Exception is the error handling part of PL/SQL block. The types are Predefined and user defined. Some of Predefined exceptions are.

exception is an identifier and error handling part of pl/sql types := 1)predifined

28. What is Pragma EXECPTION_INIT? Explain the usage?

The PRAGMA EXECPTION_INIT tells the complier to associate an exception with an oracle error. To get an error message of a specific oracle error.

30. What are the return values of functions SQLCODE and SQLERRM?

SQLCODE returns the latest code of the error that has occurred.

31. Where the Pre_defined_exceptions are stored?

In the standard package.

32. What is an oracle stored procedure?

A stored procedure is a sequence of statements that perform specific function.

Cursor for loop implicitly declares %ROWTYPE as loop index,opens a cursor, fetches rows of values from active set into fields in the record and closes when all the records have been processed.

34. What are the cursor attributes used in PL/SQL?

%ISOPEN - To check whether cursor is open or not

% FOUND - To check whether cursor has fetched any row. True if rows are fetched.

% NOT FOUND - To check whether cursor has fetched any row. True if no rows are featched.

35. What are the PL/SQL Statements used in cursor processing?

36. Explain the two type of Cursors?

PL/SQL uses Implicit Cursors for queries. User defined cursors are called Explicit Cursors. They can be declared and used.

Cursor is a named private SQL area from where information can be accessed. Cursors are required to process rows individually for queries returning multiple rows.

39. What is difference between a PROCEDURE & FUNCTION?

A FUNCTION is always returns a value using the return statement.

A PROCEDURE may return one or more values through parameters or may not return at all.

40. What are advantages fo Stored Procedures?

41. What are the modes of parameters that can be passed to a procedure?

42. What are the two parts of a procedure?

43. Give the structure of the procedure?

44. Give the structure of the function?

45. Explain how procedures and functions are called in a PL/SQL block?

Function is called as part of an expression.

procedure is called as a PL/SQL statement

46. What is Overloading of procedures?

The Same procedure name is repeated with parameters of different datatypes and parameters in different positions, varying number of parameters is called overloading of procedures.

47. What are two parts of package?

The two parts of package are PACKAGE SPECIFICATION & PACKAGE BODY. Package Specification contains declarations that are global to the packages and local to the schema.

A cursor declared in a procedure is local to the procedure that can not be accessed by other procedures.

49. How packaged procedures and functions are called from the following?

a. Stored procedure or anonymous block

b. an application program such a PRC *C, PRO* COBOL

c. EXECUTE PACKAGE NAME.PROCEDURE if the procedures does not have any out/in-out parameters. A function can not be called.

50. Name the tables where characteristics of Package, procedure and functions are stored?

51. Give the Types of modules in a form? 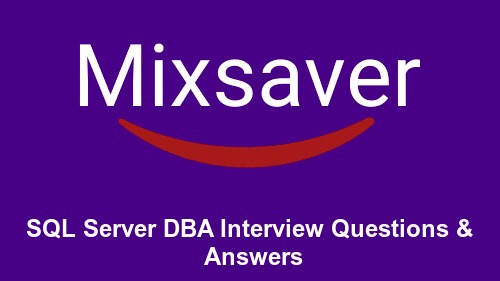 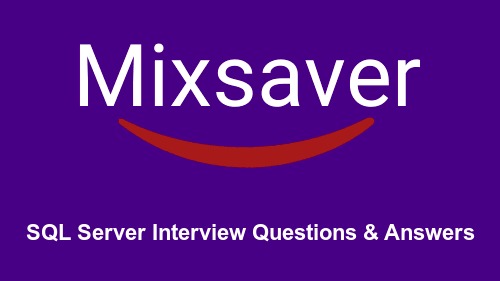