Further growth is a quantitative phenomenon which can be measured in relation to time.

· Development can be defined as a process in which there is a sequence of qualitative changes, towards a higher or more complex state. It includes all the changes an organism undergoes from the time of birth till death. In development plant shows a regular sequence of seed germination, growth, differentiation, maturation, seed formation and senescence.

· Primary growth is formation of primary permanent tissues and organs. It is caused by activity of apical and intercalary meristems.

· Secondary growth is increase in girth. It occurs by two types of lateral meristems, vascular cambium and cork cambium.

· In higher plants the growth involves three steps or phases

· Arithmeticgrowth : It is a type of growth in which the rate of growth is constant and increase in growth occurs in arithmetic progression 2,4,6,8 etc. Here after mitosis, only one daughter cell continuous to divide. Other take part in differentiation and maturation i.e. root elongating at constant rate. Here a linear curve is obtained with value

· Geometric growth: It is quite common in unicellular organisms when growth in nutrient rich medium. Here every cell divides. The daughter grow and divide. The granddaughter repeat the process and so on. Number of cells is initially small so that initial growth is slow. Later on, there is rapid growth at exponential rate. An embryo log or exponential growth. An embryo initially shows geometrical growth in cells, but later it passes into arithmetic phase

· The exponential growth curve can be represented by equation

Wo : Initial size at beginning of the time period r : growth rate

· V.H. Blackman (1919) suggested ‘r’ might be used as a measure of the ability of a plant to produce new plant material and called it efficiency index

· The rate of growth is not uniform for a cell, organ or an organism. If the growth rates of a plant are plotted against time on a paper, a sigmoid growth curve or S-shaped growth curve is obtained. It consists of lag phase or slow phase, log phase or exponential growth phase, rate becomes more rapid and senescence phase or declining phase. A steady phase or stationary phase(limited growth) occurs at the end.

· Growth is measured with the help of auxometer, horizontal microscope and crescograph ( developed by Sir J.C.Bose)

· Growth can be measured by measuring increase in weight area and volume in fresh and dry form. In yeast and bacteria, increase in length, number of cells can be taken into account.

· In arc auxometer, when growth occurs, stem increases in length. Due to pressure of weight wheel rotates gradually. This leads to movement of indicator on arc scale. This reading on graduated arc provides information about the rate of growth.

Viscumalba. Seeds of lettuce and tobacco require red light for their

Minimum, optimum and maximum temperature for plant growth are 2O -5O C. 20O -30O C., 40O -50OC. Lower temperature inactivates enzymes. It increase density of protoplasm. There is little absorption of water from soil. Internal water can be frozen. Chilling and freezing injury may occur. Cold storage or refrigerator is due to inhibition of growth of plant organs, reduced metabolic activity influences seed germination, growth and seasonal development of plants. Some plants require low temperature treatment for their growth and flowering. The phenomenon is called vernalisation.

High temperature of 45OC and above reduces growth due to excessive transpiration, denaturation of enzymes and coagulation of protoplasm. Its effect is externally visible as leaf scorch, heat canker and desiccation.

Optimum hydration is essential for cell elongation, cell turgidity and functioning of metabolic machinery. Growth is reduced even in slight deficiency of water. It however, promotes differentiation. Water stress completely stops growth.

It is required for release of energy during respiration. Energy is needed for anabolic activities of growth

It provides minerals, some growth stimulants and water

Growth and differentiation is genetically determined

It determines the direction of root and shoot growth.

Stress factors like excess or deficiency of salts, low or high temperature, excess and deficiency of water have a detrimental effect on growth.

It provides raw material for growth and differentiation as well as source of energy.

· Differentiation: It is the permanent qualitative changes in structure, chemistry and physiology of cell wall and protoplasm of cells, their tissues and organs. It is caused by repression of some genes.

· Dedifferentiation: It is the process of despecialisation of differentiated living cells so that they regain the capacity to divide and for new cells. A dedifferentiated tissue can act as meristem e.g.interfasicular vascular cambium, cork cambium, wound cambium. In culture experiments, parenchyma cells dedifferentiate to produce a mass of dividing cells called callus.

· Photoperiodism is the effect of duration of light and darkness on the growth, development and behavior of organisms. It is especially connected with flowering of plants, formation of underground storage organs, leaf fall etc. the effect of photoperiods on flowering was discovered by Garner and Allard ( 1920)incase of maryland of mammoth variety of Tobacco on the basis of their response to photoperiods.

Plants are of the following types

Photoperiods have no impact on these plants which come to flower after completing their vegetative growth e.g. tomato, maize, cotton, sunflower, cucumber

· Critical day length is that continuous duration of light which must always be exceed in short day light.

· As a result of vernalization, a flowering hormone called vernaline is formed but vernaline has never been isolated.

· Once a plant is vernalized, it can be devernalized by exposing the plant to temperature of 30OC or above. For establishing vernalization, plant should be kept at 20OC for 4-5 days

· Temperature : 1 – 6OC is the optimum temperature

· Oxygen : As vernalisation is aerobic process, so it requires O2

· Crop can be grown earlier

· Yield of the plant is increased

· Resistance to cold and frost is increased

It is the process of ageing which is caused by increased entropy, cellular breakdown, reduced homeostasis, increased metabolic failure and errors of replication as well as transcription

· Plant growth regulators are small, simple molecules secreted in minute quantities that influence various physiological functions in plants. They are of diverse chemical composition, as given below

They are involved in growth inhibiting activities such as dormancy, abscission etc.

· After a series of experiments, it was concluded that tip of the coleoptiles is the site of production of a substance, that caused the bending of coleoptiles.

· F.W. Went isolated auxin from the tips of coleoptiles of oat seedlings

· It was first isolated from human urine

· They are responsible for apical dominance in plants

· They prevent the formation of abscission layer and there by prevent premature fall of leaves, flowers, fruit etc

· Auxin are used to initiate rooting in stem cuttings.

· They are used to induce parthenocarpic fruits in tomatoes.

· 2, 4 D is used as a weedicide/ herbicide to kill dicotyledonous weeds

· They promote flowering in pineapples and litchi

· EE. Kurosawa found that the symptoms of the disease could be developed in uninfected seedling by treating them with sterile filtrate of the fungus

· The active principle was later identified to the gibberellin acid.

· There are more than hundred gibberellins reported from various higher plants and fungi.

· GA3 is the most intensively studied form of GAS

· They cause elongation of the internodes

· Gibberellins are used to increase the length of grape stalks

· They causes the fruits like apple to elongate and improve shape

· They delay senescence and hence the fruits can be left on the trees for longer period; this increases/ extend the market period

· GA3 is used to speed up malting process in brewing industry

· By increasing the length of internodes in sugarcane, GA3 increases the yield of sugar cane by about 20 tonnes/acre.

· Skoog and his co-workers observed that tobacco callus could proliferate only if the medium contains in addition to auxin, the extracts from yeast, coconut milk or DNA.

· Cytokinins were discovered as kinetic from the autoclaved herring sperm DNA.

· They promote nutrient mobilization and help to delay senescence

· They are used to make the lateral buds grow into branches

· They are used to delay leaf senescence ABSCISIC ACID (ABA)

· It was discovered from its role in regulating abscission and dormancy

· It plays an important role in seed development and inducing seed dormancy, by this it helps the seed to withstand desiccation and other unfavourable factors.

· Seeds are treated with ABA to remain dormant during storage ETHYLENE

· It promotes horizontal growth of seedlings and swelling on the axis.

· It promotes senescence and abscission of leaves and flowers

· Ethephon is the compound used to supply ethylene, it is an aqueous solution that is readily absorbed and transported within the plant and it releases ethylene slowly.

· It hastens fruit ripening in tomatoes and apple

· It promotes the production of female flowers on a monoecious plant

· It accelerates abscission of flower and fruits in cotton, cherry, walnut etc

Plants have the capacity of changing their position in response to external ( environment) or internal stimuli, which are known as plant movement.

The specific region or site where the stimulus is received for changing the position called perception site or region. The minimum period for which stimulus should be given for inducing plant movement is called presentation time 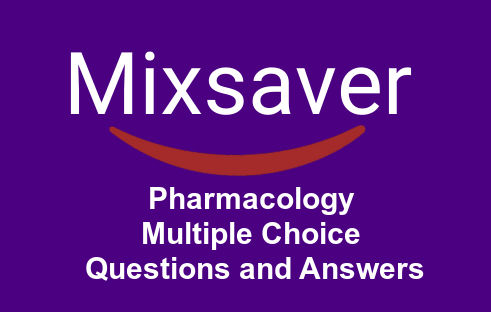 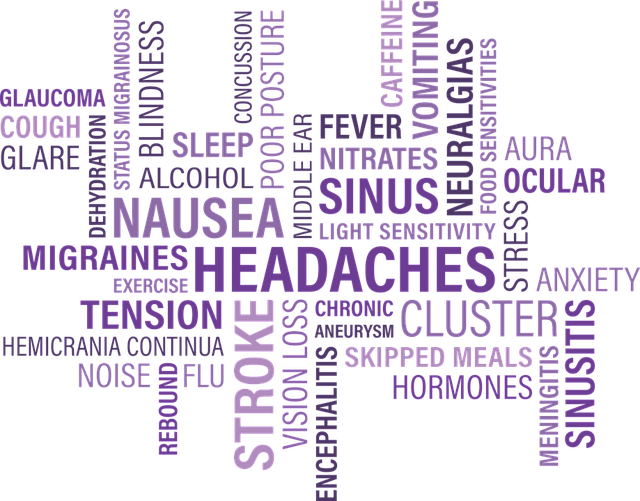 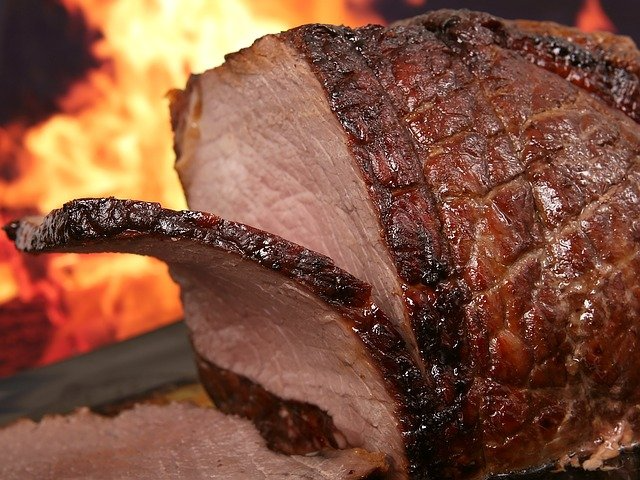